Jazz Jamaica was formed by Gary Crosby ca. 1991. "Crosby’s concept was to create a quintessential fusion of mento, ska, reggae and jazz, playing classic and modern jazz standards alongside Jamaican folksongs." (Dune WebSite, Jan. 2008) Rico Rodriguez worked with the group for some years from 1992 to ca. 1995. During this period the group was very active in Japan, some of their records of the time have only been released in Japan. Michael 'Bammie' Rose and Rico released own records backed by members of Jazz Jamaica in those years. He left the group to follow own projects and to play for Jools Holland's Orchestra.

When Rico left the group, Gary Crosby continued with the band, releasing one more album for Hannibal (Double Barrel). In 2002 Jazz Jamaica transformed into the bigger Jazz Jamaica All Stars. On trombone was Annie Whitehead. Meanwhile Jazz Jamaica have released two more CDs with classics from the Motown era (Motorcity Roots) and will soon release a new record called Tighten Up! to celebrate the Trojan label. "... Crosby has developed the JAZZ JAMAICA concept by introducing a stream of talented young jazz musicians, so increasing the size of the pool of “Jazz Jamaicans”, and enabling him to extend the boundaries of the music played." (Dune WebSite, Jan. 2008) 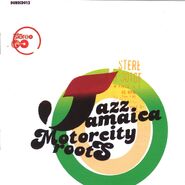 Retrieved from "https://ricorodriguez.fandom.com/wiki/Jazz_Jamaica?oldid=7834"
Community content is available under CC-BY-SA unless otherwise noted.